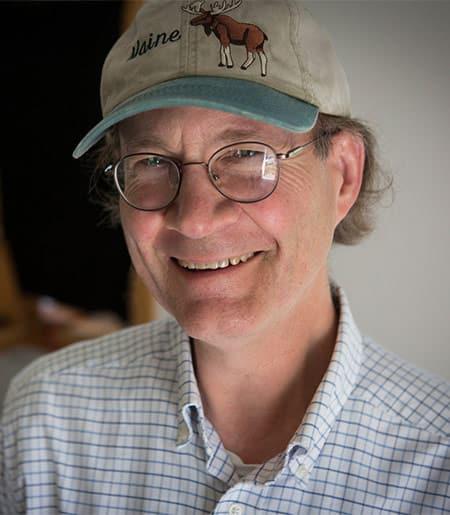 Dr. Thomas D. Seeley is the Horace White Professor in Biology at Cornell University. He is based in the Department of Neurobiology and Behavior, where he teaches courses on animal behavior and does research on the behavior and social life of honey bees. His work is summarized in three books: Honeybee Ecology (1985), The Wisdom of the Hive (1995), and Honeybee Democracy (2010).

My scientific work focuses on understanding the phenomenon of swarm intelligence (SI): the solving of cognitive problems by a group of individuals who pool their knowledge and process it through social interactions. It has long been recognized that a group of animals, relative to a solitary individual, can do such things as capture large prey more easily and counter predators more effectively. More recently it has been realized that a group of animals, with the right organization, can also solve cognitive problems with an ability that far exceeds the cognitive ability of any single animal. Thus SI is a means whereby a group can overcome some of the cognitive limitations of its members. SI is a rapidly developing topic that has been investigated mainly in social insects (ants, termites, social wasps, and social bees) but has relevance to other animals, including humans. Wherever there is collective decision-making—for example, in democratic elections, committee meetings, and prediction markets—there is a potential for SI.

To better understand how a group is optimally structured to possess swarm intelligence, we can examine natural systems that have evolved sophisticated mechanisms for achieving SI. For the past 30 years, I have done so by investigating the mechanisms of SI in honey bee colonies. A colony of honey bees is a model system for studying SI because it solves collectively a variety cognitive problems with impressive skill and because its mechanisms of SI are accessible to experimental analysis. Specifically, one can describe the problem-solving abilities of the whole system (colony), characterize the behavioral properties of the system’s components (bees), trace the routes of information flow between the components (signaling and cuing pathways), and manipulate the components’ behavioral properties and communication processes to test their role in building swarm intelligence.

From 1980 to 1995, I directed most of my efforts at understanding how a honey bee colony solves the problem of allocating its foragers across an ever-changing landscape of flower patches so that it gathers its food efficiently, in sufficient quantity, and with the correct nutritional mix. This work is reviewed in detail in my book The Wisdom of the Hive (1995, Harvard University Press). Since 1995, I have concentrated on figuring out how a swarm of honey bees chooses a new home. This problem arises when a colony reproduces and the old queen bee and some ten thousand worker bees leave the parental hive to produce a daughter colony. The emigrating bees settle on a tree branch in a beard-like cluster and then hang there together for several days. During this time, these homeless insects do something truly amazing: they hold a democratic debate to choose their new living quarters. Exactly how they do so is reviewed in my book Honeybee Democracy (2010, Princeton University Press).

Remarkably, there are intriguing similarities between how the bees in a swarm and the neurons in a brain are organized so that even though each unit (bee or neuron) has limited information and limited intelligence, the group as a whole makes first-rate collective decisions. For examples, in both systems the process of making a choice consists basically of a competition between the options to accumulate support (bee visits or neuron firings). And in both systems the winner of the competition is determined by which option first accumulates a critical level, or quorum, of support. Consistencies like these indicate that there are general principles of organization for building groups with SI, that is, groups that are far smarter than the smartest individuals in them.

My analyses of collective decision-making by honey bee colonies indicate that a group will possess a high level of SI if among the group’s members there is:
1) diversity of knowledge about the available options,
2) open and honest sharing of information about the options,
3) independence in the members’ evaluations of the options,
4) unbiased aggregation of the members’ opinions on the options, and
5) leadership that fosters but does not dominate the discussion.

Future explorations will examine when a group benefits from using the organizational mechanisms of SI (distributed data collection, collective information processing, and democratic choice) or when a group is better off being led by high-performing individuals.