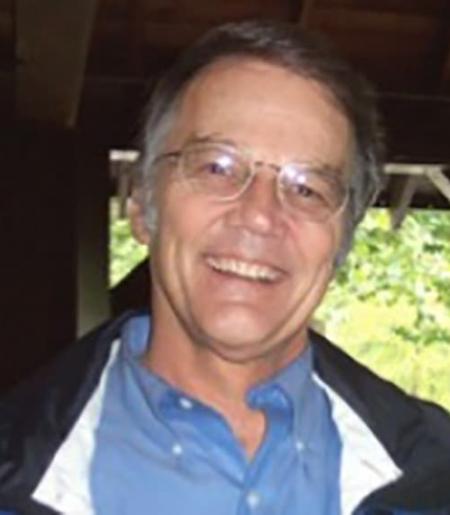 Stephen T. Emlen is the Jacob Gould Schurman Distinguished Professor of Behavioral Ecology at Cornell University. He is a world authority on the social behavior of animals, particularly birds. He has made pioneering contributions to our understanding of the diverse forms of animal societies found in nature, as well as of the behavioral strategies employed by individuals living within such societies. He and his students have published over 200 scientific papers in peer-reviewed journals. Emlen has been on the executive committees and administrative boards of numerous professional organizations. In 1997-98 he served as President of the International Society for Behavioral Ecology.

Emlen did his undergraduate work at Swarthmore College, obtained his Ph.D.in Zoology from the University of Michigan, and joined the Cornell faculty shortly thereafter. He was recently inducted as a Fellow of the American Academy of Arts and Sciences. He is also a Fellow of the American Association for the Advancement of Science, the Animal Behavior Society, and the American Ornithologists' Union, a Corresponding Fellow of the Deutschen Ornithologen Gesellschaft, and has been a National Lecturer for the Society of Sigma Xi. Among his honors, Emlen has received the William Brewster Medal from the American Ornithologists' Union (1985, for research excellence), the Distinguished Animal Behaviorist Award (2011) and the Exemplar Award (2006) from the Animal Behavior Society (for outstanding lifetime achievement in animal behavior, and major long-term contributions to animal behavior, respectively), the Margaret M. Nice Medal from the Wilson Ornithological Society (2004, for lifetime contributions to ornithology), and the State University of New York Chancellor's Award (2007, for Excellence in Creative Activities and Research). Emlen has been both a John Simon Guggenheim Fellow (in Kenya) and a William Fulbright Senior Scholar (in the Republic of Panama). He has also held visiting professorships and visiting research positions at the National Museums of Kenya, the Center for Advanced Study in the Behavioral Sciences (Stanford), the University of South Florida, Griffith University (Australia), the University of Queensland (Australia), and the Smithsonian Tropical Research Institute (Republic of Panama).

Emlens interests center on evolutionary or adaptive aspects of animal behavior. In his early work he conducted extensive research on (1) the orientation and navigation capabilities of migratory birds, and (2) the encodement of communication information in bird song. His interests then shifted to behavioral ecology. Here he has studied topics as diverse as (3) the role of ecological factors in shaping mating systems (monogamy, polygyny, polyandry, and promiscuity), (4) the costs and benefits of group living, (5) the adaptive bases of sex differences in behavior, (6) the evolution of cooperative and altruistic behavior in animal societies, and (7) the formation and social dynamics of multi-generational families among animals. He has also speculated (8) on how the incorporation of an evolutionary perspective can increase our understanding of the human social condition.

The goal of Emlen's research is to better understand the social interactions that occur between individuals. He believes that the Darwinian logic of natural selection theory provides a powerful framework for achieving this understanding. Evolutionary social theory has made tremendous advances in the past few decades, and has proven remarkably robust in predicting behavioral interactions in widely divergent taxa of organisms. Emlen is particularly interested in the juxtaposition of cooperation and conflict in societies comprised of close genetic relatives. As our knowledge of such societies increases, so too does our ability to use animal models as analogs for better understanding human social behavior. This, in turn, provides the potential for practical applications such as new counseling and intervention programs effective in dealing with such issues as family violence and sexual conflict.

My research interests and those of my students revolve around understanding the adaptive significance of animal social behavior. On the one hand, we study the role of ecological, social, and genetic relatedness factors in shaping the structure of animal societies; on the other, we unravel the "rules" that govern the social interactions that occur among individuals living within different societies. In our work, we blend the development of conceptual theory with rigorous empirical testing of specific a priori hypotheses. Much of our research involves field work, making detailed observations and performing experimental manipulations on individually-marked populations of organisms.

My own research currently concentrates on three topics: (1) seeking general rules of social interactions among organisms that live in family groupings (i.e. predicting the "family dynamics" of animals, including humans), (2) expanding social theory as it pertains to sharing versus suppressing of reproduction among members of social groups (i.e. expanding and testing "optimal reproductive skew" theory), and (3) studying conflicts of interest between male and female mates over sexual and parental behaviors (i.e. understanding the "battle of the sexes" from an evolutionary perspective). Much of this work has been supported by the National Science Foundation