From a hill overlooking Canandaigua Lake, entrepreneurs Hailey Scofield and Nathan Oakes took in the view of nearby rectangular plots bursting with the bounty of late fall – flaming red foliage on blueberry bushes, rows of nodding yellow sunflowers and golden wheat. 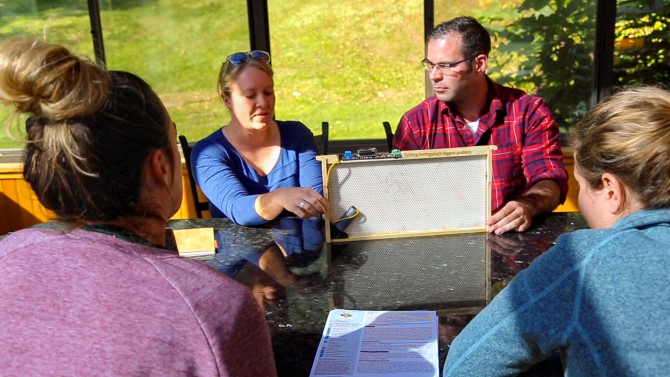 It’s also the perfect place to test just how well Scofield and Oakes’ ingenious invention – a device with a tiny laser that fits in a hive – can zap the honeybee’s public enemy No. 1: the Varroa mite.

Scofield and Oakes visited the farm to ask if Wegmans will allow them to install their device in each of the 40 hives on the farm and nearby orchard, to see how it works in an organic setting.

The parasite, whose Latin name is “Varroa destructor,” not only sucks fat and nutrients from honeybees and feeds on their young. It also spreads at least five debilitating viruses. If more than 3% of a colony is infested, the colony will likely be dead in a year. “They’re really, really good at what they do,” Scofield says of the parasites.

The device kills Varroa mites automatically with a laser powered by a lithium-ion battery. Once a mite attached to a honeybee enters the laser’s field of vision, the laser pulses for a tenth of a second and the mite’s exoskeleton erupts. “It sounds like popping popcorn,” says Oakes, who studies computational biology. “The honeybee feels it – she doesn’t love it – but 15 seconds later, she’s back to normal.”

Oakes and Scofield’s company, Combplex, is among 17 finalists in Grow-NY, a business competition and support program for innovative, high-growth startups in food and agriculture. As part of the competition, finalists receive both mentors and business development trips, and they’ve been fanning out through upstate New York to meet with potential business partners. Vying for $3 million in prizes, winners will be announced at the Grow-NY Food and Ag Summit, Nov. 12-13 in Rochester.

Scofield and Oakes have met with partners that potentially could manufacture their device for commercial use; they currently make it by hand for research purposes. One October afternoon they visited Vanteon Wireless Solutions in Fairport, an electronic systems design and engineering company that specializes in communications infrastructure; that technology could help beekeepers gather data from the device remotely. They also visited Surmotech, a Rochester electronic contract manufacturer, and Betterbee, in Greenwich, one of the four biggest beekeeper suppliers in the country. 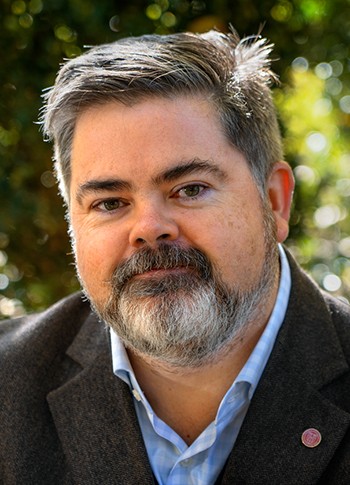 Many of those connections came from their Grow-NY mentor, Rich Delmerico, president of RD & Associates Consulting and a former director of innovation at Kodak with expertise in fuel cell energy and manufacturing.

His guidance has been “tremendous,” Scofield says. “Having someone like Rich who knows how you set up meetings, what you need to discuss, the minimum point that you need to get to go to a manufacturer and ask, ‘Can you make this?’ – that is so helpful.”

Adds Oakes: “He tells us, ‘Here are the conventions, here are the expectations,’ so we’re not laughed out of the room.”

Some finalists are based in New York state, but others are located around the country and the world, from Michigan and Illinois to Canada and Germany. They may not be familiar with the resources available in the rapidly growing food and agriculture innovation cluster in the Finger Lakes, Central New York and Southern Tier regions of the state, which comprise the competition’s territory.

“We’re trying to connect finalists to the resources that make these regions great – the customers, partners, manufacturers that are going to help them be successful and grow their companies here,” Schryver says. “The business development trip is a critical part of what makes that a reality.” 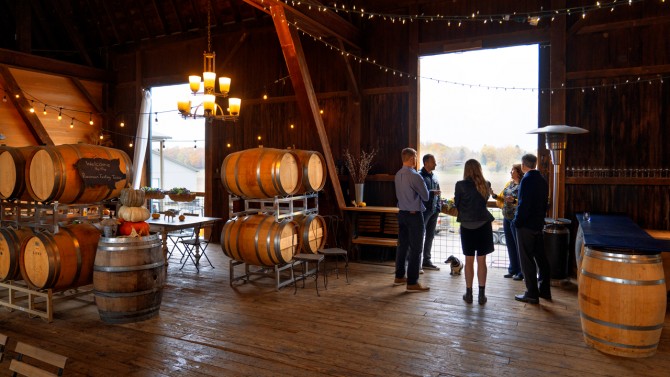 The finalists and their mentors collaborate to identify and reach out to potential partners. For example, prior to the competition, finalist Dan Wise, founder and CEO of RealEats America, based in Geneva, had considered different collaborations in the region but never acted on it.

His mentor, Eric Mozdy ’93, M.S. ’97, Ph.D. ’98, business technology director of emerging innovations at Corning Inc., encouraged Wise to pursue the idea and suggested possible collaborators. RealEats – a food-tech company that uses a novel packaging to reduce food waste, makes it simple for consumers to enjoy real food, and delivers healthy, chef-prepared meals made with unprocessed, locally sourced ingredients – is now planning to pair their meals with wines from Ravines Wine Cellars in Geneva.

“We’re exploring a short list of strategic relationships with other local companies too,” Wise says. “Partnerships like Ravines would not only help with our growth plans and innovation pipeline, but they would also bring more awareness to the Finger Lakes agricultural region. We think that’s important when trying to build a healthier food future because farming communities like this are where the real food is.”

Establishing substantive connections in the region prior to the competition makes for a stronger pitch, Schryver says.

More important, those connections further develop the region’s food and ag innovation ecosystem. “Companies that win money will already be that much farther ahead by putting roots in place,” he says. “And companies that don’t win money are also in a position to make connections that they wouldn’t have made otherwise.”

“We’re trying to connect finalists to the resources that make these regions great – the customers, partners, manufacturers that are going to help them be successful and grow their companies here.”

Finalist Jinzhou “Joel” Li, Ph.D. ’15, CEO of Whole Healthy Food, visited Eastman Business Park in Rochester, LiDestri Food and Drink in Fairport, and Technology Farm, the Cornell Agriculture and Food Technology Park in Geneva. The trips have helped him choose a better location for a processing plant, he says.

Li has leveraged his Cornell doctorate in food science to develop a white kidney bean protein that can be added to foods and beverages. The protein blocks starch enzyme activity, allowing it to reduce blood glucose spikes and caloric intake. Currently produced in a powder form, the protein is a natural way to reduce the human body’s carbohydrate and calorie intake without changing one’s diet.

Li also visited Klass Martens, a third-generation organic farmer in Penn Yan. “He said we can get as many raw materials as we want in New York state,” Li says, “and he thinks our project will benefit the farmers in the state. In all, I think our trips make us feel more confident in developing our business in New York.”

Li’s mentor, Charlie Mulligan, MBA ’11, CEO of GiveGab, has been guiding Li on project presentation. “The biggest thing we’ve been working on is helping him clarify and highlight all of the great accomplishments he’s had so far,” Mulligan says.

Winners of Grow-NY will be required to operate in the Finger Lakes, Central New York or Southern Tier regions for at least one year and execute plans to grow jobs, connect with local partners and contribute to a thriving upstate economy. Chances are, the winner will be the startup that has best leveraged the abundant New York state resources found through the mentor and business trips, Schryver says.

“We’re looking for companies that can put down roots here in the region and use what makes this region great to make their company great,” he says. “Grow jobs, grow businesses, and grow a startup economy here in the center part of upstate New York.”

Spiders on Tiny Treadmills Give Scientists the Side-Eye

NBB’s 2021 Spring graduate students who have defended their PhD